Language Hero is a conversational 3D language learning game in which the player learns a language by talking to virtual characters. The game is currently being developed by Linguineo and they consulted us for 3D Art.

Based on their 2D concept drawings, we created 4 of the main characters in 3D, as well as 5 side characters. We did the modeling, texturing, rigging and animating of each, providing animations such as idle, walk, run, jump, attack (with vfx) and talk.
The rigs we constructed also allowed for movable pupils and blinking eyelids.
Talking was done by morphs targets.

Additionally, we also assisted them in establishing the style of the environments. 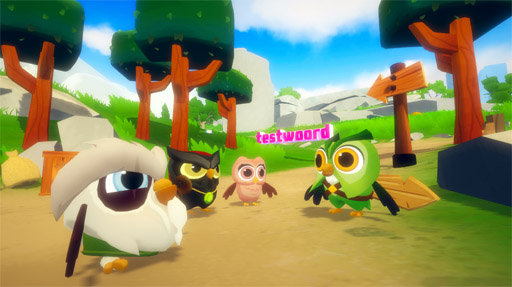